This Banc de Binary review will investigate some of the claims this company makes of itself, but also some of the complaints and allegations that have been made against them, which include: (1) whether their office is really located where they say it is, and (2) whether they will let you withdraw your profits once you’ve made them.

I have seen reviews claiming that Banc de Binary are the “best binary options company in the world”. There is even a video on this website from someone who claims to have made $593 in one hour trading with them (and other brokers).

They claim to have the most advanced technological trading platform in the world, have received finance industry related awards and appeared in numerous financial publications such as the Wall Street Journal and Forbes Magazine. Their trading platform does look very impressive and includes technical analysis tools and “traders choice” recommendations to help investors make decisions. So many people appear to be using them, but then again, their positive testimonials may be influenced by the fact that they receive an affiliate commission for referrals.

One of the attractive features about this broker, is that the trading process involves no spreads and no commissions. You simply choose whether the underlying will be above or below a designated price within a chosen time frame and if you’re right, you get receive your investment plus an average 70 percent profit. If you’re wrong, you get nothing. It then becomes a question of averages, or a using a sound money management plan, to profit overall.

It is easy to deposit funds using a credit card among other options, which means you can start trading almost immediately. Today, they offer an underlying asset menu of 20 indices, 12 forex pairs, 8 commodities and 39 stocks. Tomorrow this may expand.

Once you’ve signed up with Banc de Binary, you receive a complimentary $50,000 practice account and some training material. They claim that their aim is to help you grow wealthy and that in the process, they profit as well – a win-win situation. The obvious question is, if they charge no commissions and there are no spreads to profit from, how do they make money? After discussing this with one of their senior consultants, the answer is, that they make their money from the banks based on members’ trading volume. So the more money you have in your account, the more they make. This brings us to some of the Banc de Binary complaints you can read about on forums, including forexpeacearmy.com – but to be fair, we will examine them now to see if they are legitimate.

Complaint #1 – I Can’t Withdraw My Funds

This complaint has triggered scam alerts in some places. However, upon investigation I have concluded that this may not be warranted.

The problem arises from two sources:

(1) Banc de Binary offer new clients ‘free money’ in the form of a bonus which they add to the balance of their accounts. So if you deposit $1,000 with them, they may double it so that you now have $2,000 to trade with. This looks great on the surface, but it also influences the next point.

(2) They have set out specific conditions which must be met before you are allowed to withdraw your profits. These conditions are quite clear and they are happy to explain them to you. But many seem to have either misunderstood or ignored them, so that when they try to withdraw funds and can’t they throw their hands up, go to a forum and blast away.

Most people choose the bonus, so they get locked into this arrangement. The idea is twofold: (1) to prevent people from withdrawing “free money” from their accounts; and (2) to encourage people to concentrate on growing their wealth rather than making quick money and running away with it. This is in Banc de Binary’s interest also, since they make their money from your account balance. Nothing wrong with that – it’s fair business practice.

If you choose to not take the bonus, you can withdraw your funds at any time. 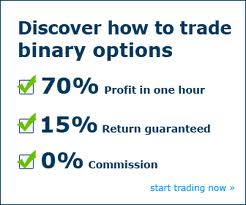 Complaint #2 – Do They Really Have an Office on Wall Street?

Some are claiming that Banc de Binary have “faked” their office location to improve their public image. You can watch Youtube videos that show an American flag hanging outside the reception area window behind a “Wall St” street sign. But some have claimed that this is an empty rented office space purely for the purpose and that their real offices are in Tel Aviv, Israel. Others, who claim they have visited the premises, disagree.

However, whether this is true or not, the evidence seems to point to the fact that they are a global operation, having regional offices in Europe, Asia and the Middle East.

For the purpose of this Banc de Binary review, the bottom line is whether your hard earned funds that you entrust to them are safe. It seems the answer is “yes”. Even those who complain about how hard it was to withdraw their funds, admit that they did eventually get them back (less handling fees).

So if you’re prepared to accept Banc de Binary’s conditions as outlined above, then there is no real reason so say that they are not a legitimate binary options broker worth serious consideration. They believe these conditions are in your interest as well as theirs – that’s business.