You are here: Home / EXPLAIN OPTION TRADING / What are the Best Options to Buy? 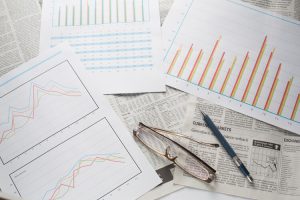 Knowing what are the best options to buy, is one of those questions that often arises among options traders. If you’re ready to buy a call or put option on a specific stock, we’ll assume you’ve already done your due diligence on the charts. You’ve pinpointed any and all support or resistance levels that could throw a wrench in your strategy — including trendlines, moving averages, round numbers, previous lows, half-highs, and so on.

But with so many different strike prices and expiration series available, there’s more to choosing the right option than simply going through your technical paces. Here are three simple steps to fine-tune your approach.

So What Are the Best Options to Buy?

On the other end of the spectrum, out-of-the-money contracts are considered to be the “aggressive” option for speculators. Since these options carry zero intrinsic value, they’re more susceptible to the negative effects of time decay. In other words, unless the underlying stock makes a sufficiently sizable move in the right direction, you could incur a 100% loss at expiration.

The good news is that your cost of entry is lower on an out-of-the-money option. So, while you risk losing the entire premium paid, at least it’s a relatively lesser amount than if you had purchased an in-the-money option. Plus, you’ll keep more of your available trading capital free to pursue other opportunities.

While the reduced cost of entry carries with it the risk of a total loss, it also maximizes the positive effects of leverage. (Leverage refers to the fact that you can collect profits many times greater than your initial investment.) To be clear, all options offer the benefit of leverage — but the less money you spend to initiate the trade, the more you stand to gain from this feature.

Ultimately, the choice between in-the-money and out-of-the-money options comes down to a matter of preference. Each alternative offers pros and cons, so it’s up to you to decide which features are most appealing.

Plus, bear in mind that your choice may change with each trading opportunity. When you’re forecasting a quick, drastic rise in the underlying stock, it might make more sense to buy out-of-the-money options. Conversely, if you anticipate a relatively modest rise over a longer time frame, you may prefer to trade in-the-money options.

Your Comments Are Welcome